The formula for ratio is expressed as a : b ⇒ a/b, where, 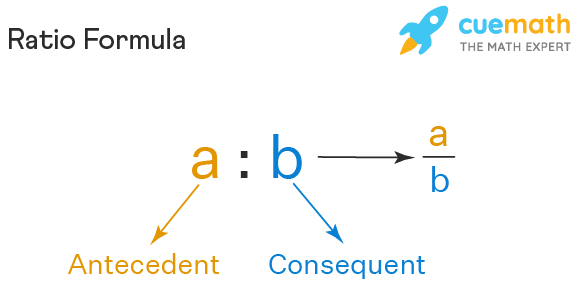 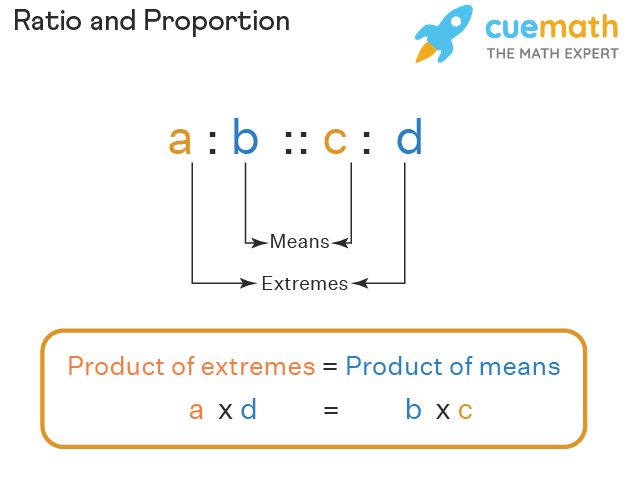 Difference Between Ratio and Proportion

The difference between ratio and proportion can be seen in the following table.

Important Notes on Ratio and Proportion

Since both the ratios are equal, they are said to be in proportion.

Since both the ratios are not equal, they are not in proportion.

Multiplying the first ratio by 5, second by 3 and third by 6, we have

In the ratio’s above, all the mean terms are equal, thus

Check whether the following statements are true or false.

The given statement is false.

The given statement is true.

The earnings of Rohan is 12000 rupees every month and Anish is 191520 per year. If the monthly expenses of every person are around 9960 rupees. Find the ratio of the savings.

Length of the rectangular field = 50 m

Breadth of the rectangular field = 15 m

Thus, the ratio of length and breadth of the rectangular field is 10:3.

Obtain a ratio of 90 centimetres to 1.5 meters.

The given two quantities are not in the same units.

Convert them into the same units.

There exists 45 people in an office. Out of which female employees are 25 and the remaining are male employees. Find the ratio of

a] The count of females to males.

b] The count of males to females.

Multiplying or dividing the same numbers on both numerator and denominator, we will get the equivalent ratio.

Out of the total students in a class, if the number of boys is 5 and the number of girls is 3, then find the ratio between girls and boys.

The ratio between girls and boys can be written as 3:5 (Girls: Boys). The ratio can also be written in the form of factor like 3/5.

As per the given question, the sum of these two numbers = 60

Hence, the two numbers are;

Maths ratio and proportion are used to solve many real-world problems. Register with BYJU’S – The Learning App and get solutions for many difficult questions in easy methodology and followed by the step-by-step procedure.

What is the ratio? Give an example.

A ratio is a mathematical expression written in the form of a:b, where a and b are any integers. It expresses a fraction. For example. 2:3 = ⅔.

What is a proportion? Give example

How to solve proportions with examples?

What is the concept of ratios?

What are the two different types of proportions?

Yes, we can express ratio in terms of fractions. For example, 3: 4 can be expressed as 3/4.

What is the formula for ratio and proportion?